Virtually every dentist experiences back pain during their training or career. According to a 2001 Institute of German Dentists (IDZ) study, 90 percent of dentists have experienced neck, shoulder or spinal pain. These symptoms, which are provoked by non-ergonomic positions and suboptimal workplace configurations exact their price sooner or later, as the result of years of treating patients. However, in recent years, back health and the dentist’s well-being have taken on greater importance, key word: ergonomics awareness.

What exactly is ergonomics?

The product descriptions issued by today’s manufacturers create the inescapable impression that the term “ergonomic” has been greatly overused in recent years. Although general reference works provide a certain amount of information concerning ergonomics, greater detail is available in the relevant DIN standard: “In applying ergonomic principles (...), it is important to factor human skills, capabilities, limits and needs into investigations of the interplay between people, technology, and work environments.”[1] The text goes on to say the following: “In designing systems used to carry out work, human beings should be the primary factor and an integral part of the system being designed, including the relevant work processes and work environment (...).”[2]

The “application of ergonomic principles” and “the human being as main factor” plays a key role by now also in dental practices. Many practitioners now realize that the only way to ensure that their working lives will not be cut short by back pain is for dental procedures to be carried out from a back-friendly position and for their offices to be outfitted with equipment that allows them to work from such a position. According to 2004 figures from the Verbraucherzentrale Bremen, a consumer protection agency, 7.55% of German dentists eventually become work disabled.[3] However, in contrast to professionals in other fields, working in a private-practice environment entails a certain amount of risk.

Can I work only alone using the Beach method?

No. This method is based on treatment administered by a team, but can also be used alone. The daily tasks of dental assistants also entail myriad repetitive movements: instrument preparation; assisting the dentist during procedures; washing and sterilizing instruments, and putting them away. Ideally, such activities should be carried out using minimal natural movements. Beach furnishings optimally promote this kind of work process.

How can I find the optimal work position? 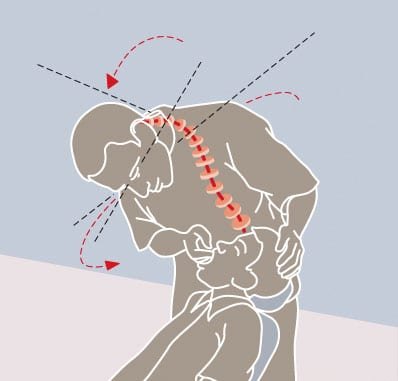 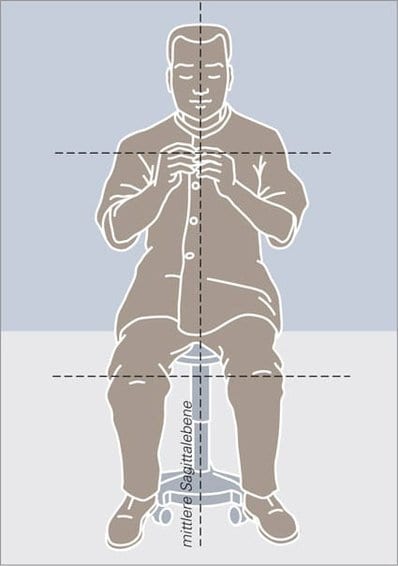 According to Dr. Beach’s ergonomic concept, instead of the dentist bending over the patient (and in so doing twisting his back), the patient’s head is rotated into the desired position (whereby the patient’s head lies in a relaxed state in a specially shaped treatment unit). This enables the dentist to remain in a position that is natural for him. In the Dr. Beach method, determining the starting point is of central importance, i.e. the procedure realization point from which the dentist can carry out gentle movements in three directions (forward-back, right-left, and up-down). Having found this starting point, the dentist can incorporate kinesthesia into his dental procedures, and thus retain control over his finger movements. The starting point is located in the dentist’s middle sagittal plane, level with the heart, and two hand-widths in front of the body.

What is the reference position in this context?
In order for work to be carried out ergonomically, the entire body needs to be in an optimal position. In this regard, Dr. Beach speaks in terms of a natural, instinctive and balanced work position, a.k.a. the reference position. He calls this position “instinctive” because in carrying out precision work, we all assume this position automatically and reflexively. Such a position is natural by virtue of the fact that the criteria for it are determined by our physiology and anatomy (skeletal structure and muscle tone). A balanced position is one in which the forces of gravity are in a stable balance in this regard.

How can I avoid unwittingly reverting to an unhealthy position?
By adhering to the following five basic movements, for maintenance of a stable reference position: