In radiology artifacts can lead to massive impairment of image quality. In the worst case they can result in misinterpretations and misdiagnoses. Motion artifacts, in particular, present greater challenges for dentists. Even minor patient movements are frequently the reason for repeating individual sequences or entire investigations.

The Veraview X800 from Morita enables 360º scanning with maximum reduction of artifacts and image noises. 180º scanning is also entirely possible, with lower dose and shorter exposure time. If there are motion artifacts in the 360º image, another image can be created from the existing 360º data record using 180º reconstruction. This reduces the radiation exposure of the patient.

The patient complained of persistent pains in the region of 36, even though 14 years before, first root canal treatment and then also an apicoectomy had already been performed.

A volume of 4 cm x 4 cm with a voxel edge length of 80 µm, resulting from the reconstruction, was selected as the investigation mode for this case. A tube voltage of 100 kV, a tube current of 8 mA and an exposure time of 17.9 s, with a system rotation of 360°, were used as exposure parameters.

As so often happens with high exposure times, there was also evidence in this case of artifacts caused by patient movements. These have a very significant impact on the image quality. Distinct double contours consequently occurred both in the axial and also coronal views (Fig. 1, 2). 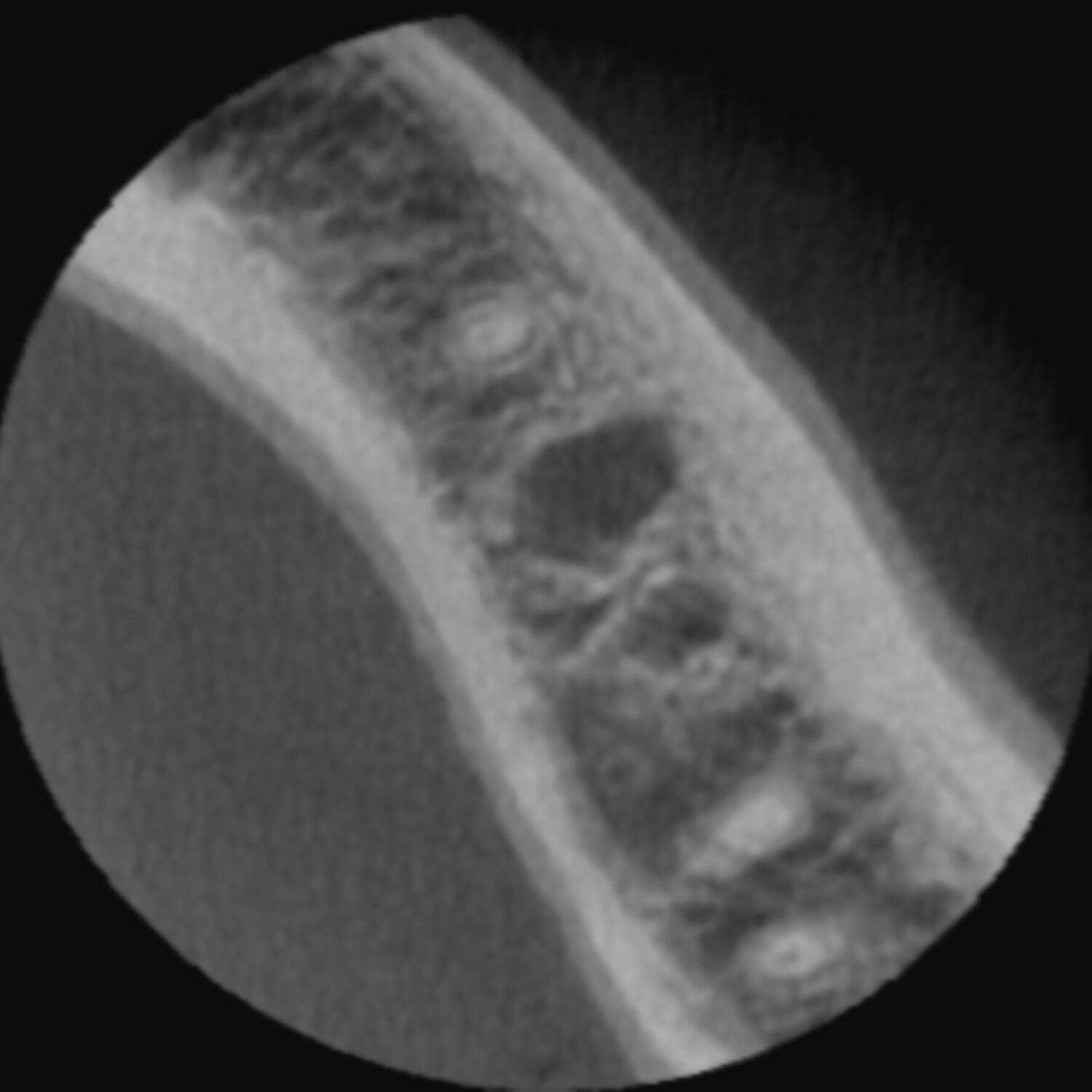 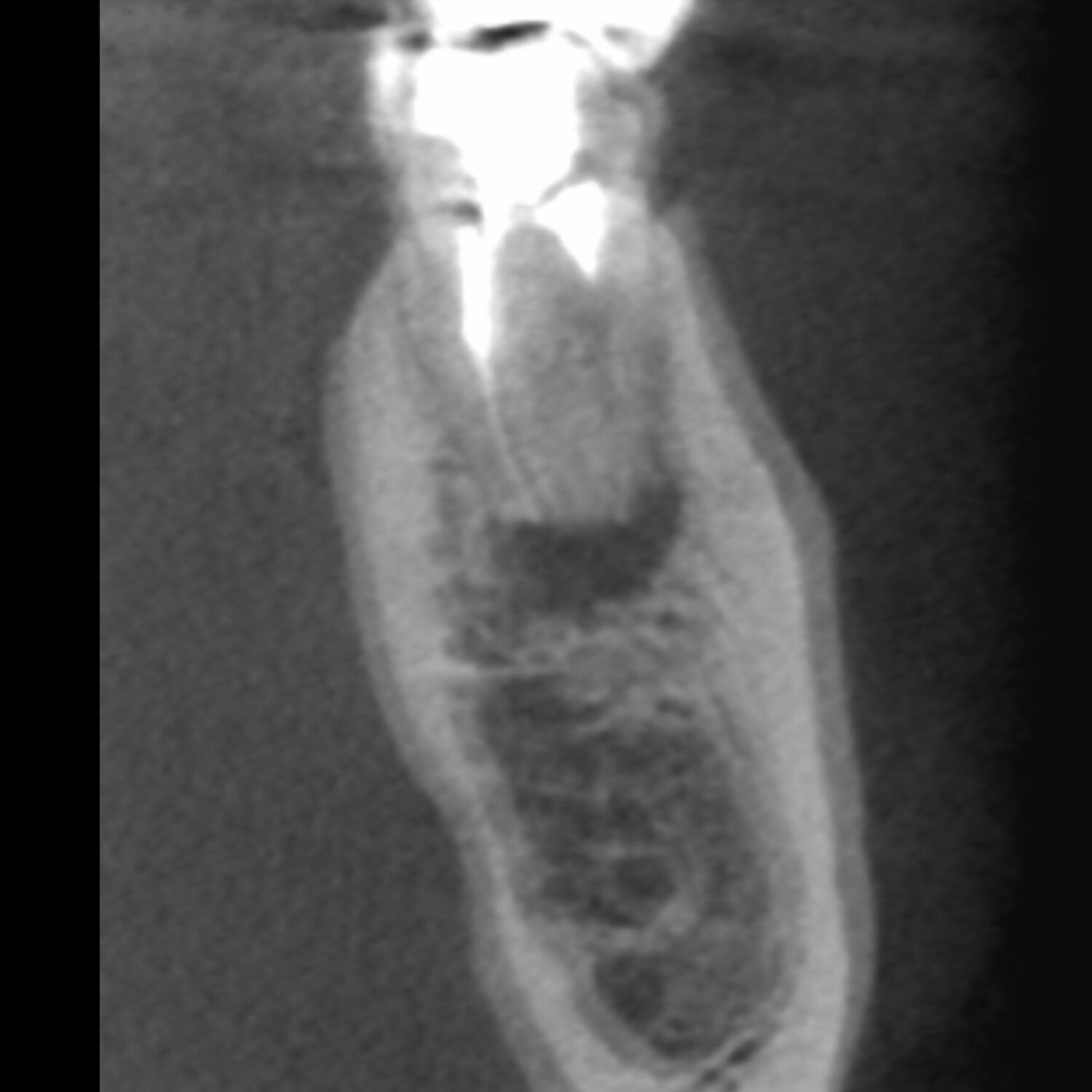 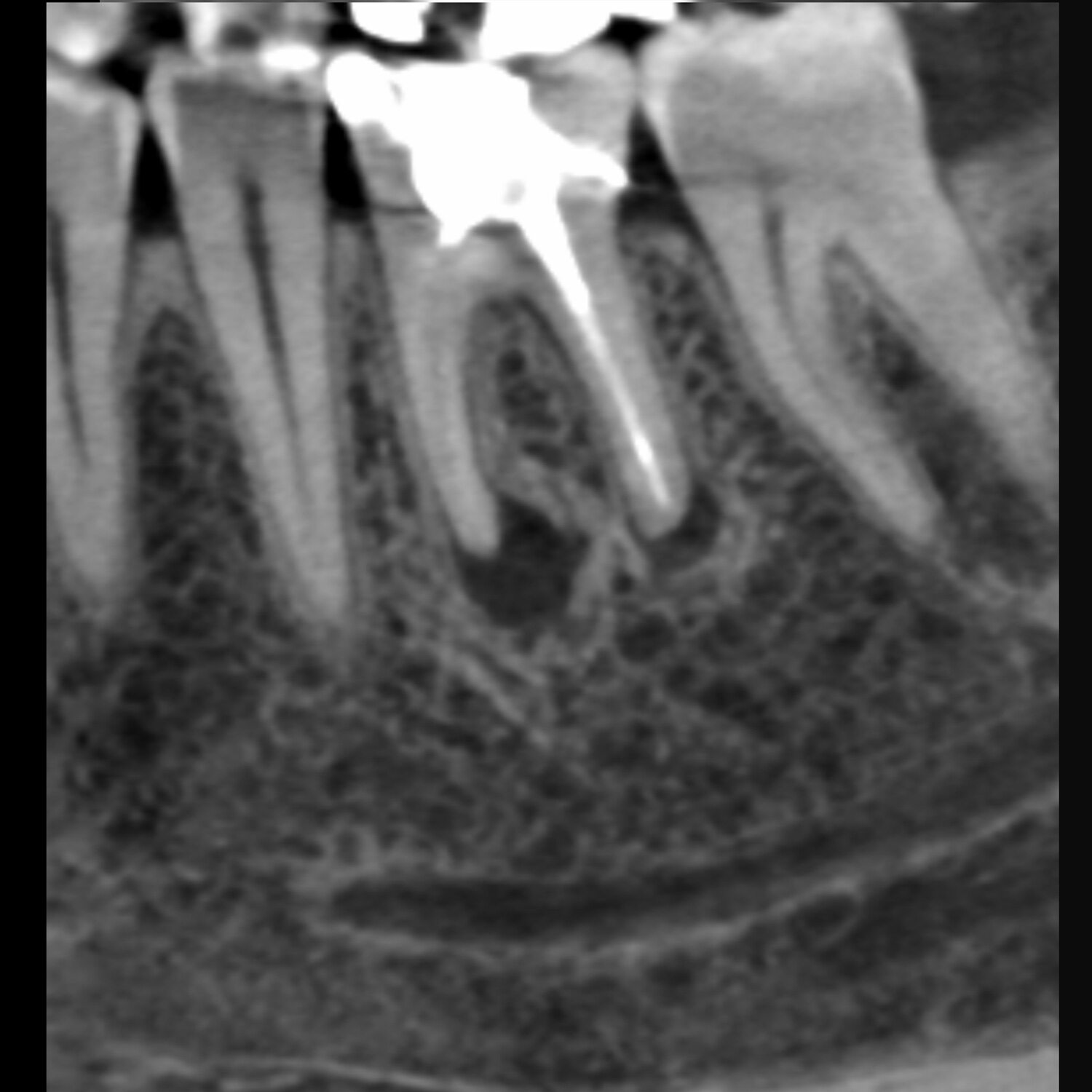 Incidentally, the same also applies for representation of the compact bone: these types of motion artifacts lead to serious problems, and resulting inaccuracy, during use of implant planning procedures when matching with optically captured data records.

In this type of case, an attempt can now be made to circumvent patient movements. First the X-ray film, created during recording, must be viewed to determine the time of the patient movements. This film is stored in the recording and can be opened using the integrated X-ray viewer.

Once the time of the greatest patient movement has been determined, a reconstruction of the raw data should be performed using a rotation of 180° in relation to the total rotation, either before or after this maximum deflection.

The result is impressive. The image quality using a genuine 180° system rotation is very acceptable, with simultaneous complete elimination of motion artifacts (Fig. 6, 7). 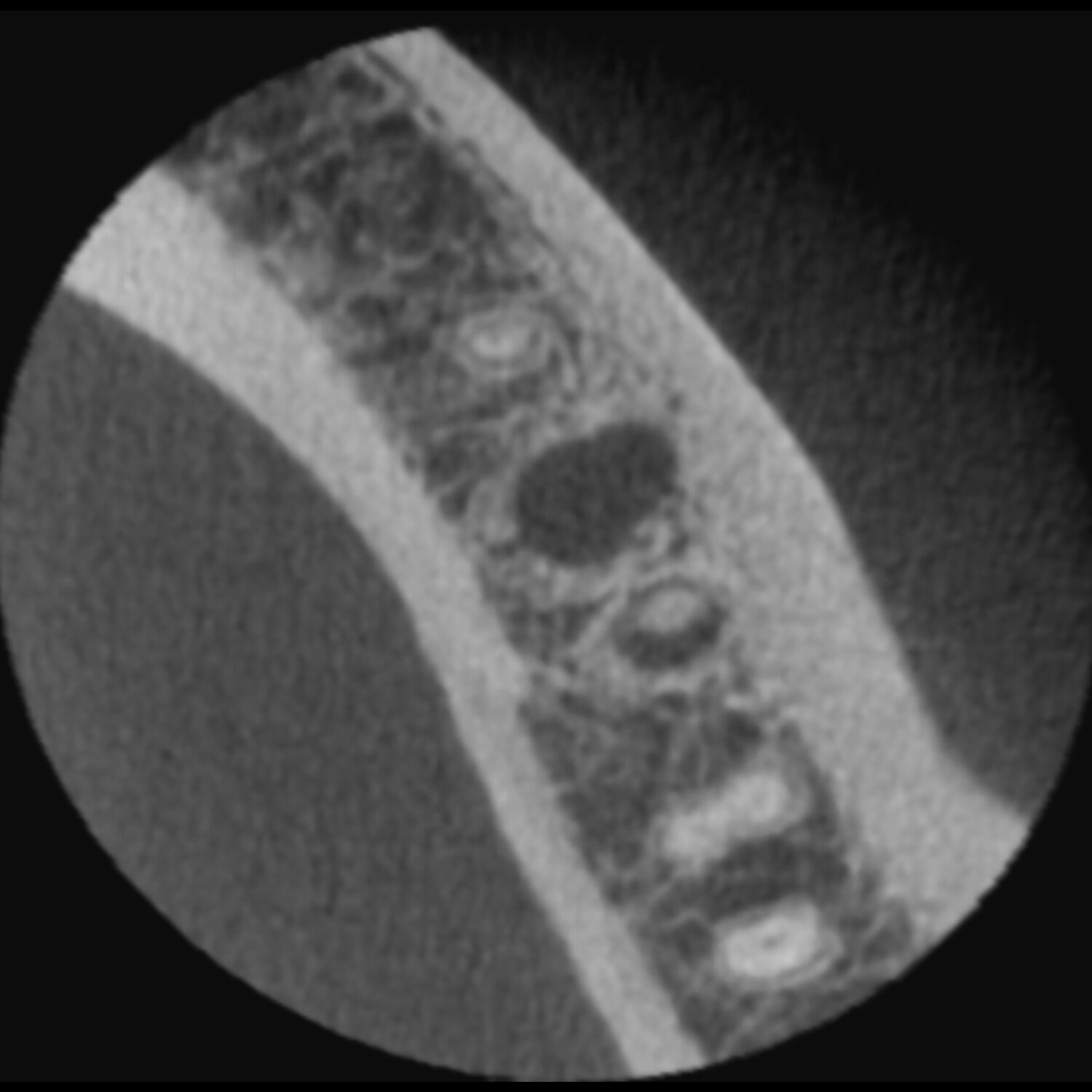 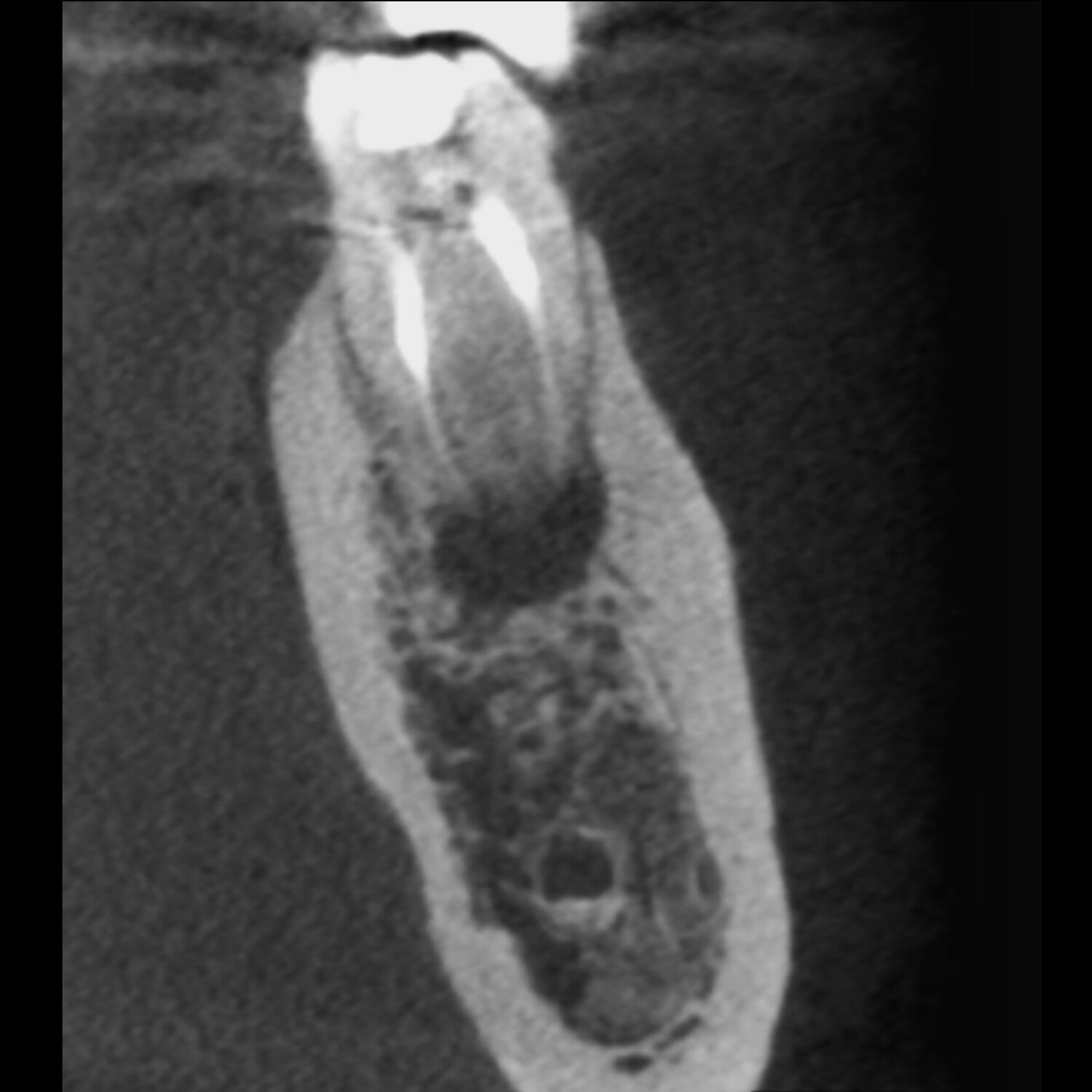 Fig. 6 – axial view of the renewed reconstruction data - no evidence of motion artifacts

Fig. 7 – coronal view of the renewed reconstruction data - no evidence of motion artifacts

Please fill out this contact form. We will come back to you soon.