The male patient, already 12 years old, came to our practice for an orthodontic consultation at the beginning of 2012. The clinical exam revealed marked delayed eruption (dentitio tarda). In addition to the retention of various teeth, the X-ray diagnostics gave reason to believe that the upper cuspids and first premolars were translocated on both sides (Fig. 1). 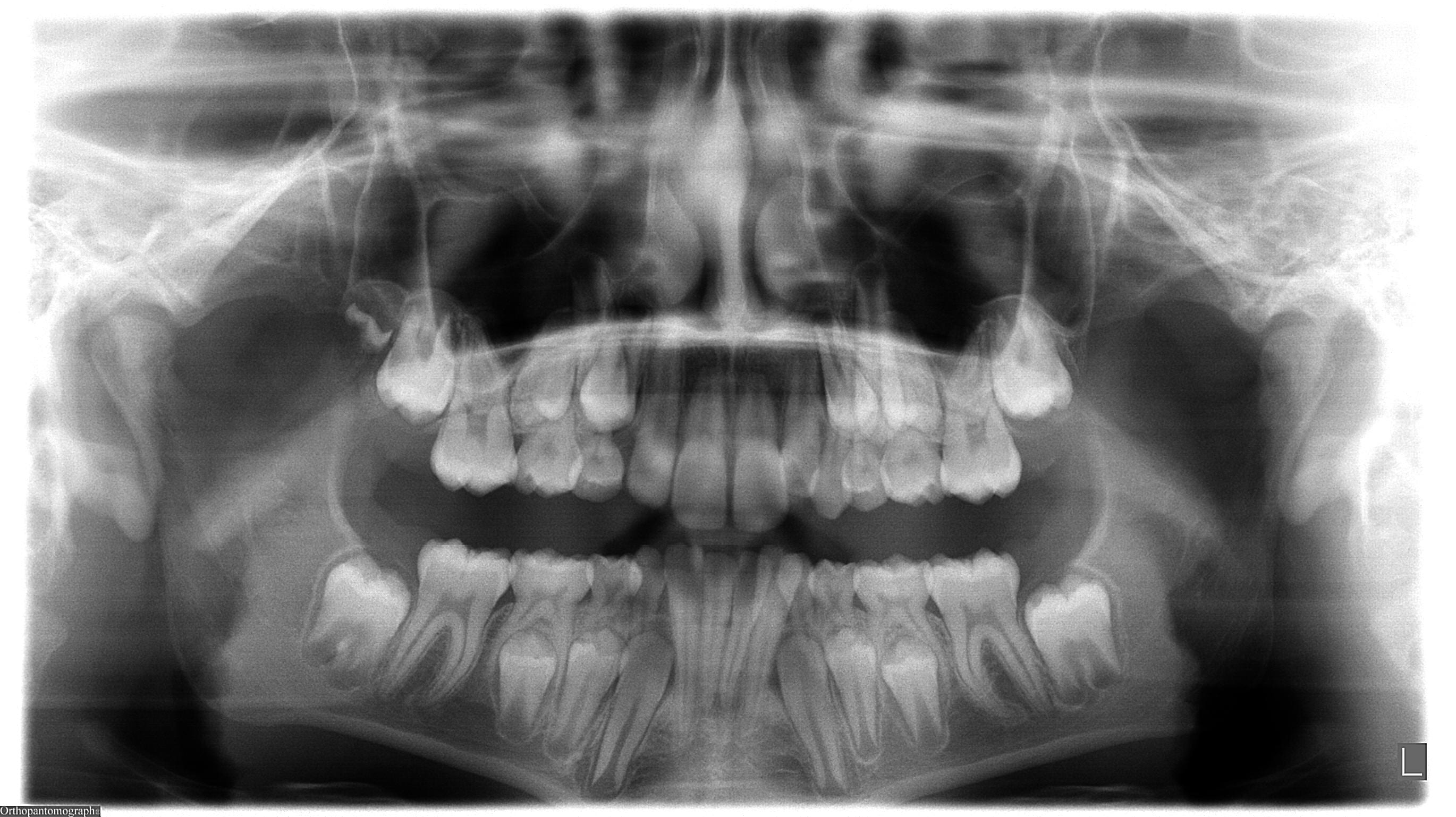 The first step of the therapy planned the extraction of most milk teeth to enable spontaneous eruption of the permanent teeth. In the meantime, removable space maintainers were inserted.
After most of the teeth had reached the oral cavity, a second OPG was taken in the spring of 2013 (Fig. 2).

The translocations in the upper jaw were confirmed. Now it was time to decide which translocation should remain and which could be corrected, if possible. In order to answer this question reliably, the mother and I agreed to perform a CBCT scan with a Field of View (FoV) of 6x6 cm.
The rendered 3D visualization already revealed that the left translocation was complete, whereas it turned out that the right translocation was still incomplete (Fig. 3 and 4). 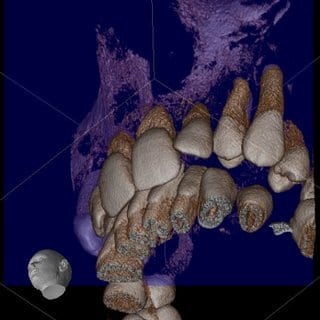 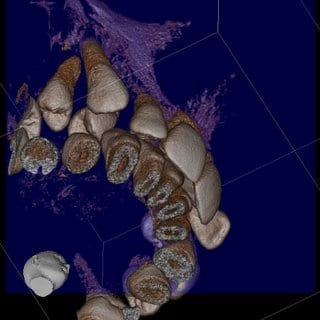 The axial plane views (Z plane) showed clearly that teeth 23 and 24 had switched places; the translocation was complete. The situation on the right was different: here tooth 14 was palatal of tooth 13, in the apex area the root of 13 was further on the distal side than 14; however, this finding was reversed in the direction of the occlusal surface, here the crown of 13 was further mesial than tooth 14, i.e. a positive status for correcting the translocation as such (Fig. 5-7). 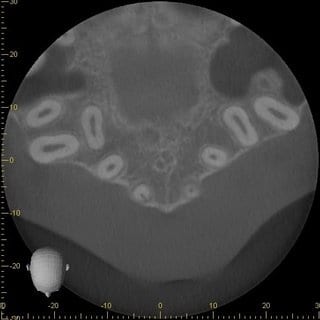 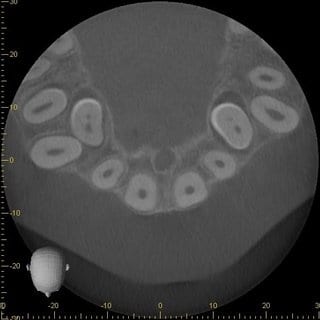 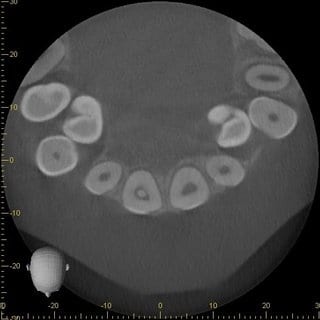 It was agreed with the parents that the translocation on the left would not be treated at the time. The teeth would be aligned at their location later through dental treatment procedures. The brackets also will be adjusted to achieve correct three-dimensional position and gingival development of teeth 24 and 23. We decided to correct the translocation of teeth 13 and 14.