The 11-year-old male patient came to our practice for an orthodontic consultation in March 2013. The clinical exam revealed crowding in the dental arches as well as eruption of teeth 27, 37 and 47. Tooth 17 was not visible. An OPG X-ray revealed that teeth 17 and 18 were stacked on top of one another (Fig. 1).

For this reason I suggested to the parents that we perform a CBCT with a small Field of View (FoV) of 4x4 cm.
The axial sections from cranial to caudal revealed that there was no concrescence of the two teeth 17 and 18 (Fig. 2-4). 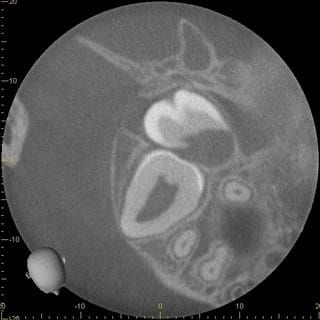 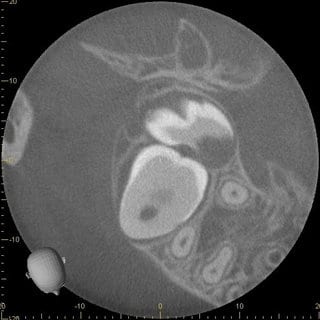 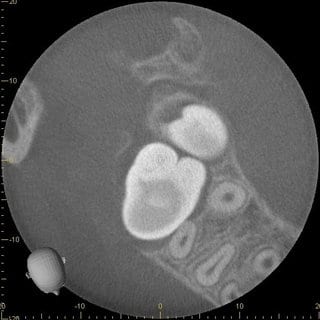 Images of the sagittal plane revealed that tooth 17 was jammed between teeth 16 and 18 (Fig. 5). 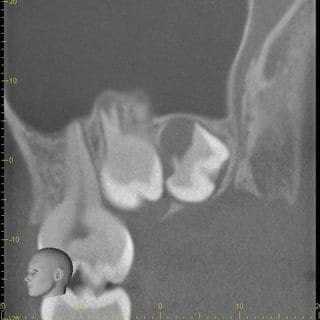 The therapy I proposed to the parents formulated that tooth 18 be extracted to facilitate eruption of 17 and, thereupon, the tooth was extracted by the family’s dentist.  Tooth 17 already was visible in the oral cavity by the end of 2011 (Fig. 6).