The 11-year-old female patient came to our practice for an orthodontic consultation at the beginning of 2010. The clinical exam, amongst other things, revealed that tooth 12 was missing. In addition to a negligible shift of tooth 13, the X-ray diagnostics revealed an apparent deformation of tooth 12. Tooth 35 is missing (Fig. 1).

Since the second dentition was largely complete, I recommended to the mother that we perform a CBCT scan to exam in more detail the form of tooth 12 and its relation to 13. The renderings already revealed a marked distal and palatal flexion of the root of 12 as well as palatal displacement of tooth 13 (Fig. 2 and 3). 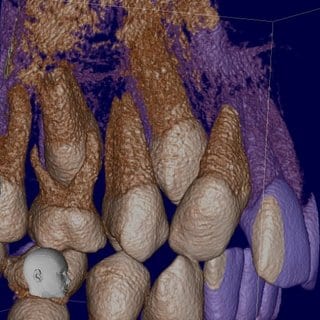 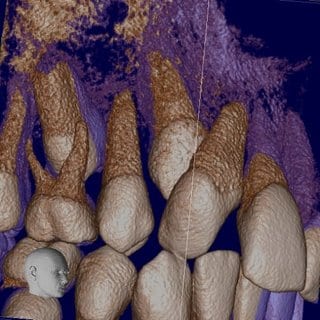 The sections visualized the angular position of the crown as well as the resorptions on tooth 12 (Fig. 4-8). 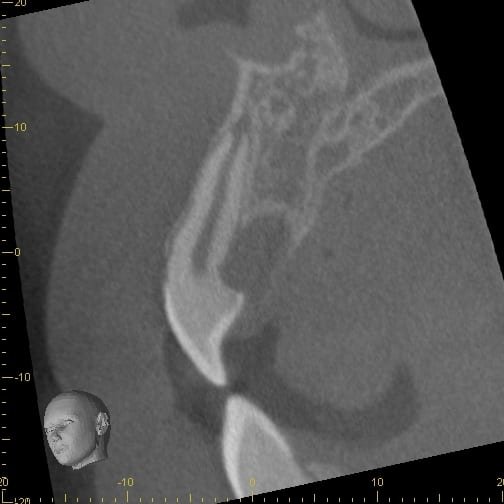 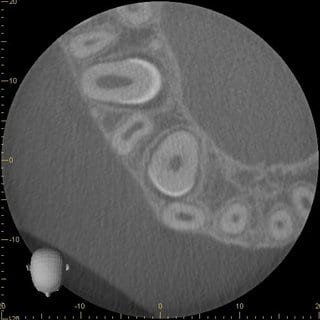 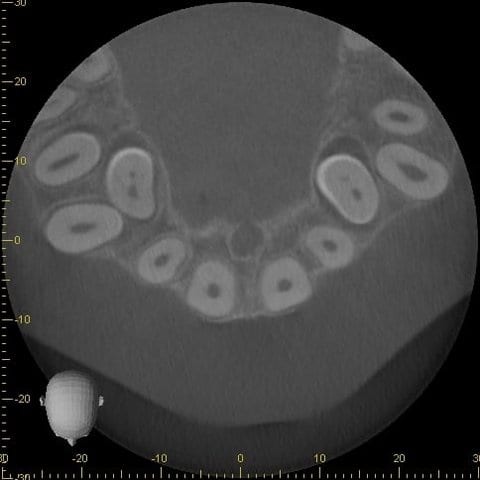 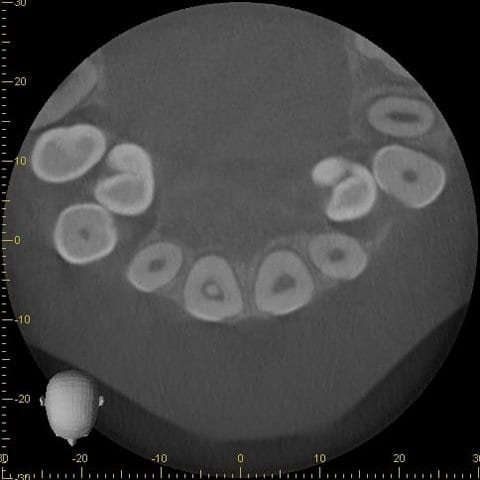 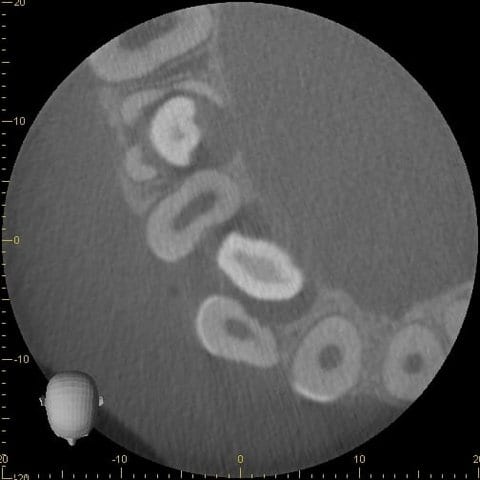 Therapy: We decided to retain tooth 12. It would be aligned in such a way that the root of 12 would stand in correct axial alignment, so that it would not obstruct eruption of tooth 13. Then the crown of 12 would show distal inclination. Later it would be possible to adjust the tooth corresponding to its form by means of preservative or prosthetic measures. At the same time, tooth 13 would be aligned. We assumed that it would erupt on its own. We selected a multi-bracket appliance for the treatment. The bracket on tooth 12 was placed in such a way that the root stood in correct axial alignment, it was fixed on the crown angularly.

After tooth 12 had been straightened, we opened the gap regio 13 by means of a pressure spring. Tooth 13 erupted a short time later, and it was integrated.

The OPG revealed an orthograde position of the root of 12, the root apex revealed resorption.